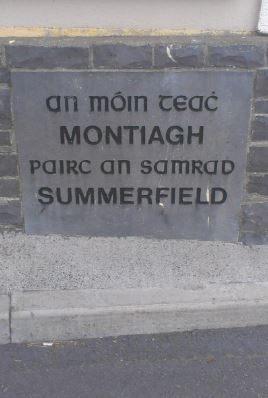 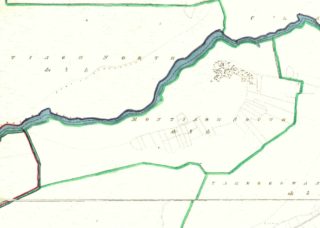 As the river is so close to the village, boats were very important in the past for the transporting of turf, hay and other products. They were also used for shooting and fishing. The type of boat that was used was a flat bottom boat, which was suitable for travelling over flooded land.

There are none of those boats in use now, only the standard lake boats. Fishing was a very important part of the lifestyle in Montiagh in the past. Salmon were very plentiful then and the catch would be transported to hotels in Galway City, hidden in cartloads of turf.

The land is mainly low-lying except where the village is situated, and in winter is liable to flooding. Most of the land is good pasture. There is also some bog, and turf is still cut there.

There was a hedge school here as well in the past. Tomásín was the name of the teacher and his reward for the teaching of the pupils was vegetables and groceries. There was also a lisheen there, but no child has been buried there since the 1930s. As in the parish of Claregalway, Irish was the spoken language, but it survived more so in Montiagh than in other parts of the parish.

Description: The land is low-lying and floods in the winter but it is good pastureland in summer.

Situated: The townland of Montiagh is located along the Clare River between Cahergowan, Cloon and Pollaghrevagh and at the extreme westside it adjoins Sylaun in the parish of Castlegar.