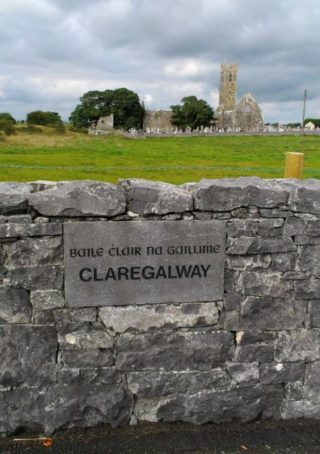 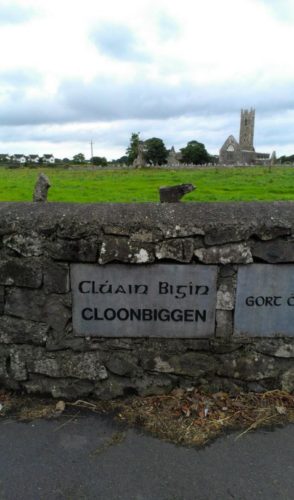 Cloonbiggen is a better known name for part of Claregalway townland. A reference exists in an article about the Friary in 1837 when six acres of land in Cloynbiggan were given to the friars.

There is also a small river, which rises from a spring near Loughgeorge, and it flows through Cloonbiggen into the Clare River. There are some spring wells in this area also. One is known as Tobar Dubh. The land is mainly good but some of it is low lying and liable to flooding in winter.

The origin of the name Claregalway is not clear. Variations used in the past include ‘Baile an Chláir’ meaning ‘Town of the Plank,’ (used for crossing the river) and ‘Town of the Plain.’ Baile Chláir na Gaillimhe is a direct translation of Claregalway and has been in use for the last eighty years.

Meaning(s): Town on the plain

Situated: The Claregalway townland stretches from the Claregalway bridge to the Garda barracks and westward along the river as far as Gortcloonmore.