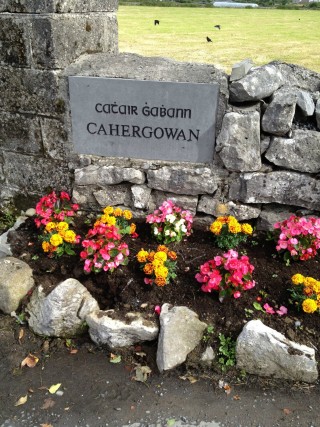 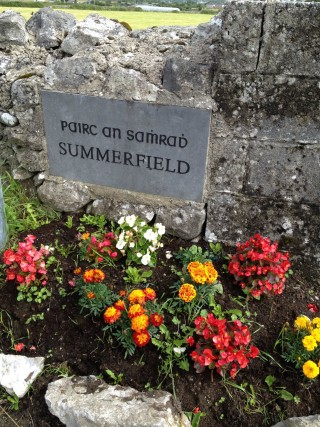 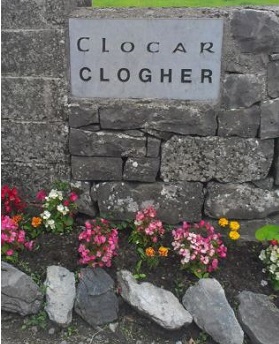 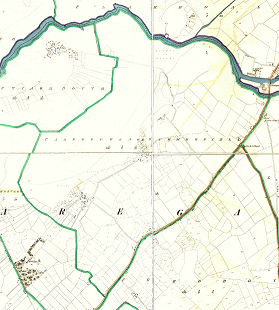 Cahergowan is unusual in that it had two official names, Summerfield and Cahergowan. Both are used but Cahergowan would be used more frequently. This townland is large and has always been heavily populated. Clogher or Clochár is an old name that indicates a monastic settlement. The Taylor and Skinner road map of 1777 shows Summerville Blake Esq. as the occupant of the big house. At the back of the ball alley there is an old ruin of a church and this was used as a burial ground until recently.

Meaning(s): Fort of the blacksmith or calves

Description: The land is mainly arable with some outcrop of rock and hazel and some low-lying land that is liable to flooding. There is also some bog but no turf is cut there now. Area 841 acres 0 roods and 25 perches.

Situated: The river Clare separates it from the townland of Claregalway and it stretches along the N17 as far as Pollaghrevagh and on the western side it adjoins Montiagh South.

(1650’s)  No townland description information available for Cahergowan or Summerfield in Claregalway in the Barony of Dunkellin. (Barony of Galway records destroyed in 1711)

Taylor & Skinner: Maps of the Roads of Ireland Surveyed 1777

Medieval village and burial ground was located in the townland of Cahergowan or Summerfield and the barony of Dunkellin in 2010-11. Dig was completed by Rubicon Heritage Services