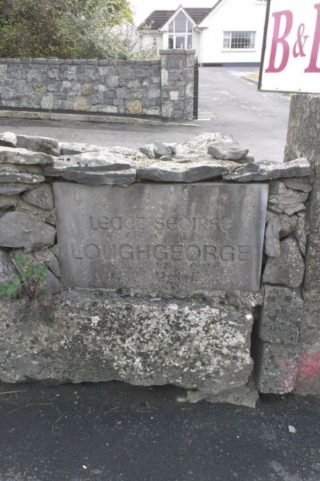 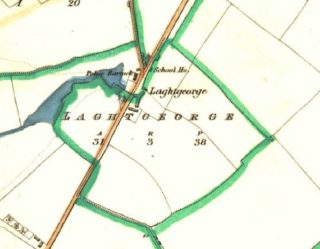 There was a well known pub and restaurant named Malachy Kellys here, which became Kyne’s Tavern and then Terry Brennan’s. It is the location for the Galway GAA training pitch. While the local Garda District Barracks  is known as Loughgeorge, it is actually in the townland of Claregalway.

Description: All land is good.

Situated: Loughgeorge is located along the N17. The third milestone is standing in this townland and is inscribed with the figure ‘6’, indicating six Irish miles from Eyre Square, Galway.

No Entries for Loughgeorge (for Garda Barracks search Claregalway)