You are here: Home>Topics>Censuses of Ireland>Census of Ireland for the Year 1841

Census of Ireland for the Year 1841

Summary for Claregalway Parish Only

The returns for 1821 to 1851 were, apart from a few survivals, destroyed in the 1922 fire at the Public Record Office at the start of the Irish Civil War. The fragments of nineteenth century Irish censuses that do survive can be explored in the record set Irish census 1821-1851. The census search forms for 1841 and 1851 also provide great details from the early returns.

The 1841 census was taken on 7 June 1841 and survives only for Killeshandra, County Cavan.

The 1841 census was filled in by the householders themselves and recorded the following information about each household member:

Absent family members and visitors are both often shown in the transcript as having a different place of residence.

The 1841 Census was also used to determine age when the old age pension was introduced in 1909.

Claregalway Parish in the Barony of Clare, Co. Galway 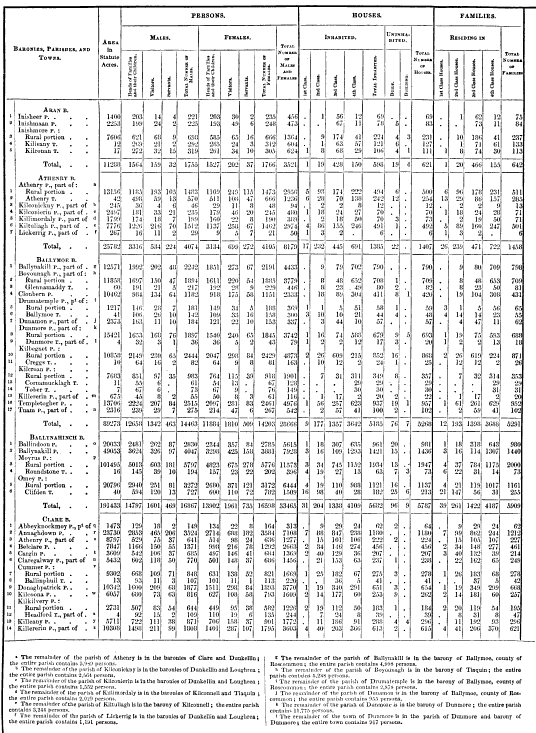 Claregalway Parish in the Barony of Dunkellin, Co. Galway 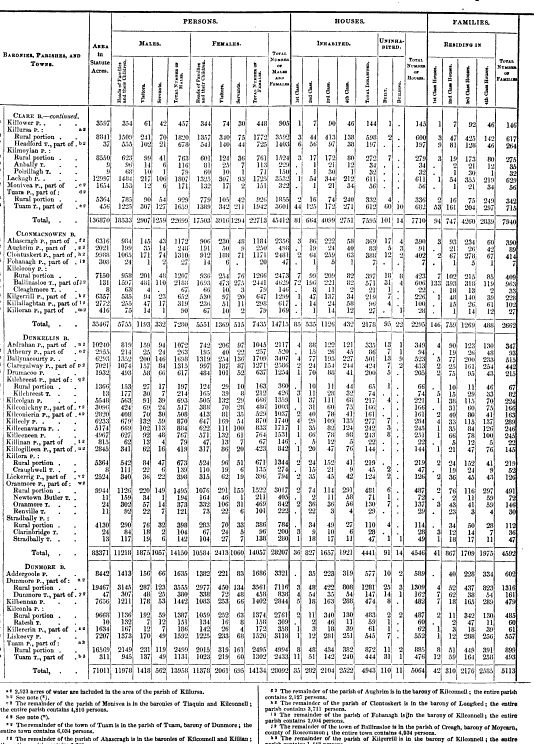