The minor placenames of the townlands of Caherlea and Gortaleva, in the parish of Claregalway, Co. Galway

The townlands of Caherlea, Lissarulla and Gortaleva are located to the east of the village of Claregalway and cover an area of approximately 336, 365 and 147 acres respectively. At the time of the Ordnance Survey in the 1830s, Caherlea was recorded in the Ordnance Survey Name Books as being ‘the property of Mr. Lynch, Galway. All under tillage. Its north and west sides are subject to Winter floods. It contains a village of houses in its centre. There was once a fort in it but no trace of it remains now.’ In the same source Gortaleva was recorded as ‘the property of Mr. Lynch, Galway, it is all under tillage. Part of its north and southeast sides are subject to Winter floods… …and it contains a large village of houses near its southwest angle

At the time of this survey Caherlea is recorded locally as Cathair Liath meaning ‘The Grey Fort’ and Gortaleva is recorded as Gort a t-sléibhe meaning ‘Field of the mountain’. This early map shows that much of the ground in the area were liable to flooding, and that the lands were largely open with little subdivision. Only a trackway/bótharín allowed access to the village of Caherlea which then comprised a collection of just 13 buildings at the edge of the winter flooding from the Clare River. The village of Gortaleva comprised approximately 32 buildings with small associated plots located outside the Lydacan House demesne.

Th townland of Lissarulla contains two small villages with placenames in their own right: Ballinacregg and Ballymurphy. Both of these viallages, or Clacháns are marked on the First Edition Ordnance Survey sheet, along with the nearby castle. The Lios (ringfort) from which Lissarulla derives its name may well be located adjacent townland of Lydacan, with the border between Lydacan and Lissarulla being possibly relatively modern and associated with the Lydacan Estate. The Lios was photographed by The Cambridge University Collection of Aerial Photography (CUCAP)  on the 10th of July 1969, prior to land clearance in the area. 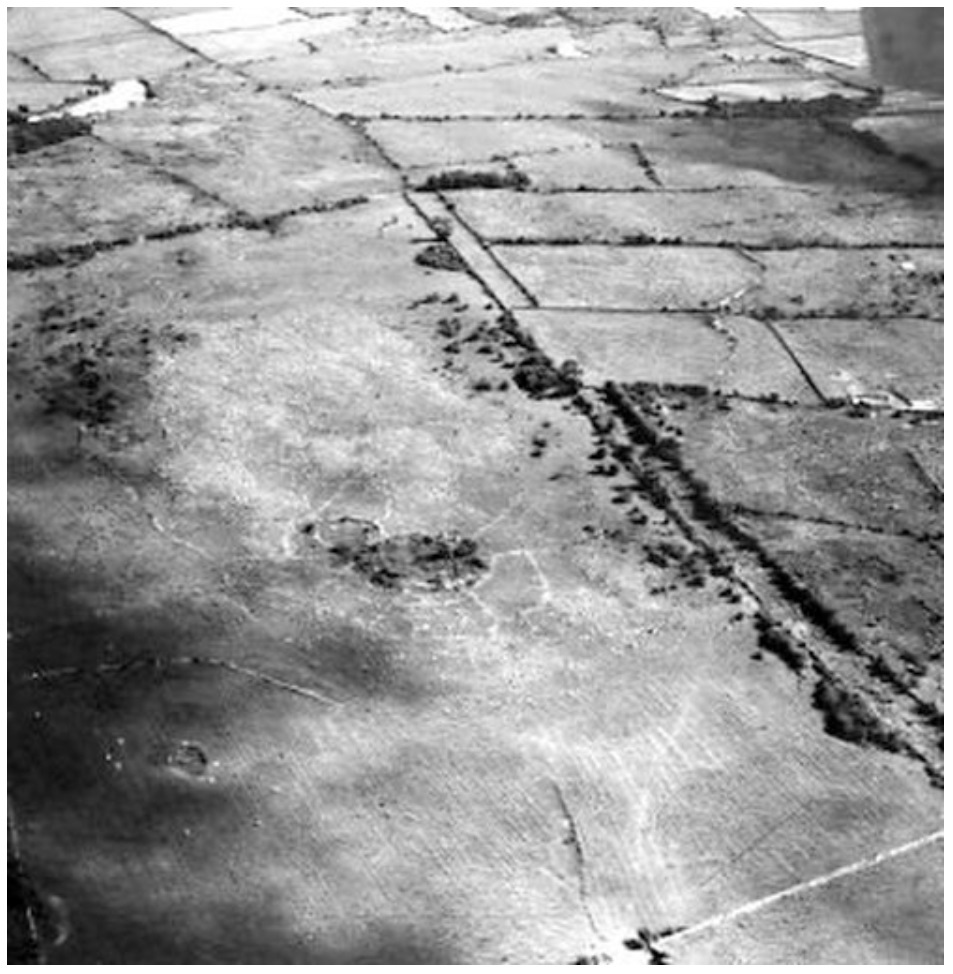 Our work in the townland during 2020 identified 33 new minor placenames and places of interest known locally within the townland. These are marked on the map below, and included in tabulated format. These placenames were collected by Marie Dempsey from PJ Kerrigan and Tommy Walsh. The placenames collected refer to fields, wells, houses, bótharíns, and other elements of the local landscape including our first instance of a síbín in the locality. Noteworthy too is the identification of a possible Fulacht Fia which was recognised by PJ Kerrigan as a place in the bog where coals were often found.