You are here: Home>Places>Townlands>Townlands Meaning 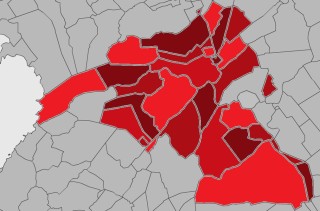 The Baronies of Claregalway

Historically, Ireland was divided into counties, which were subdivided into Baronies. Baronies were formed in the 16th century, and used for administrative purposes up until the late 19th century. The majority of Claregalway (7,080 acres approximately) lies in the Barony of Dunkellin and the remainder is contained within the Barony of Clare.

Claregalway itself is divided into 30 townlands and vary in size and most do not contain a town, indeed some lack inhabitants. Natural features such as the Clare River or man-made structures such as the N17 (Galway to Tuam) main road sometimes define their boundaries. The official townland names may not always be used, as locals may still use the older Irish townlands and placenames.

As is in the case all over Ireland, our local placenames are derived from various sources. Most are very old and have been passed down through the centuries by word of mouth or manuscript. These factors and the anglicised versions of Gaelic names have led to some placenames being lost or bearing little or no resemblance to the present features. Names such as Curraghmore (large boggy place) or Gortatleva (field of the hill) have changed only in spelling over the years.